This scene is the re-edited version of the famous Death Star battle at Yavin. It took some time to cut this differently than the original way Lucas had done it, because I could not seperate the audio (dialogue and sound effects) from the musical score that is world famous. I was especially bothered by several things during the space battle that I think Lucas had overlooked when he filmed it. 1. I always wondered why the Y-wing fighters never attempted their trench run as soon as the battle had began. George Lucas had taken a straight forward approach - meaning - the fighters go to the death star, the battle begins, then the trench runs are made. I also wanted to add back in all the deleted theatrical scenes that Lucas had replaced in the special edition versions of the movie. By adding in the cut theatrical scenes with the newer special edition versions, I figured I could make a longer space battle. 2. When RED LEADER pulls out of the trench after firing the Proton torpedo which misses it's mark, DARTH VADER is right behind him firing lasers. When LUKE tells RED LEADER, "Turn to Point 5, we'll cover you." RED LEADER informs LUKE that his starboard engine had been hit BEFORE DARTH VADER had actually shot the engine. WAS RED LEADER PSYCHIC? 3. After the Y-wings made the first run down the trench which failed. CHIEF BAST immediately informs TARKIN that they had annalyzed the rebels plan and that there was a danger. To me, the bad guys wouldn't have figured out anything until AFTER the first Proton torpedoe was fired at the exhaust port just before RED LEADER dies. 4. I think the ending of the space battle would have been an even bigger nail biter had Lucas allowed the death star to fire up its laser just before it exploded. Showing us in the audience just how close the rebels came to being wiped out. 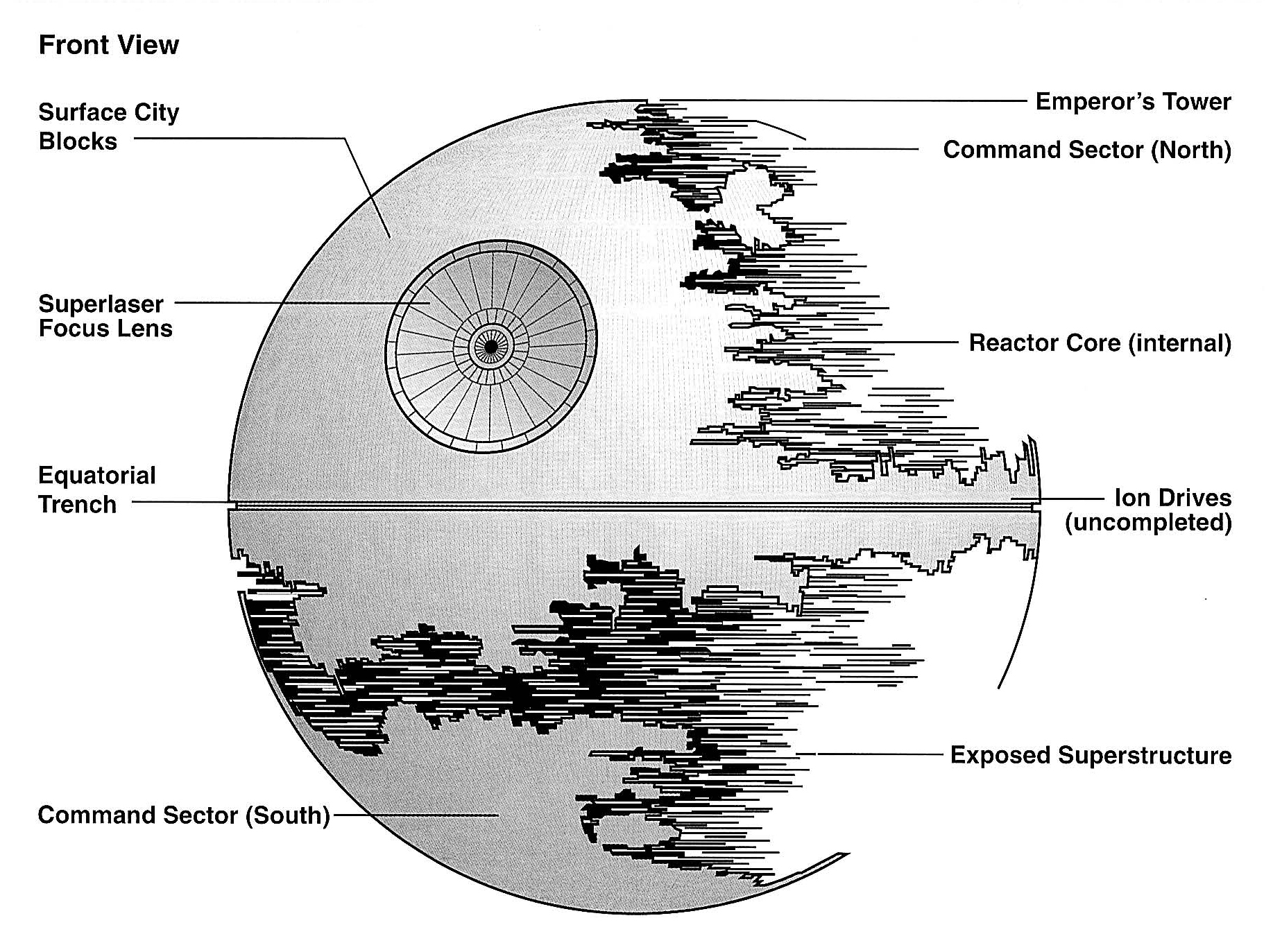