Celebrity Big Brother: Heidi Montag runs for the hills
as Lacey Banghard showers naked in front of her

Celebrity Big Brother: Heidi Montag runs for the hills as Lacey Banghard showers naked in front of her

Lacey and her naked bod have upset Heidi
CHANNEL 5


For men - and probably a fair few women - everywhere, the thought of Page 3 girl Lacey Banghard showering naked in front of them is probably a dream come true.


Despite the two girls growing relatively close during their time in the house (no doubt bonding over their equally impressive chests), Lacey apparently crossed a line with Heidi after she got naked and stepped into the shower in front of the former star of The Hills.


As Lacey de-clothed and started to soap up, Heidi hurried out of the bathroom and into the bedroom where she told husband Spencer and former Heartbeat actress Tricia Penrose how "super inappropriate" she thought Lacey was for showering naked.

Heidi has mainly kept her assets (just about) under wraps
PA

“I don’t wanna be around it, not around me and my husband,” she moaned.

Having gotten herself squeaky clean, Lacey left the shower and headed to the bedroom where Heidi told her to put some clothes on and not to change in the bedroom.

Whilst Heidi clearly takes issue with seeing Lacey naked, the glamour model herself has no qualms about her fellow housemates seeing her in the buff.

Here's Lacey just casually dashing through the house naked. Sure.

Earlier this week, the 20-year-old dashed through the house fully naked after 'forgetting' to take her towel into the bathroom.

The incident just happened to coincide with news that she she will face the public vote this week. Funny that.

Upon the realisation that her personality may not be her strongest attribute,  Lacey decided to stick to what she's good at and make up a reason to run through the house completely naked.


Keeping it simple, Lacey put on the simple 'I don't have a towel!' routine as she climbed out of the shower. How she got to the bathroom with no clothes or towel on her person in the first place, we don't know, but let's not over think things.

With CBB unlikely to show Lacey completely naked inside the bathroom - they get a very small amount of privacy in there - she decided to rush into the lounge completely starkers.

Using her hand as a cover for her privates (she's not completely shameless, then), Lacey attempted to hide her breasts with her arm... but failed.

'So inappropriate'... You'll have to imagine the American accent
Channel 5


Both nipples worked their way out from under her forearm, but Lacey didn't exactly look surprised - even the Hulk's arm isn't bulky enough to keep those babies under wraps.

Lacey's also had no qualms about changing her clothes in the communal bedroom, regularly stripping down to her bra and skimpy thongs in front of the other contestants.

But, with Heidi and Spencer today being ordered out of the basement and back into the main house, we fear that her near-naked days may be over. 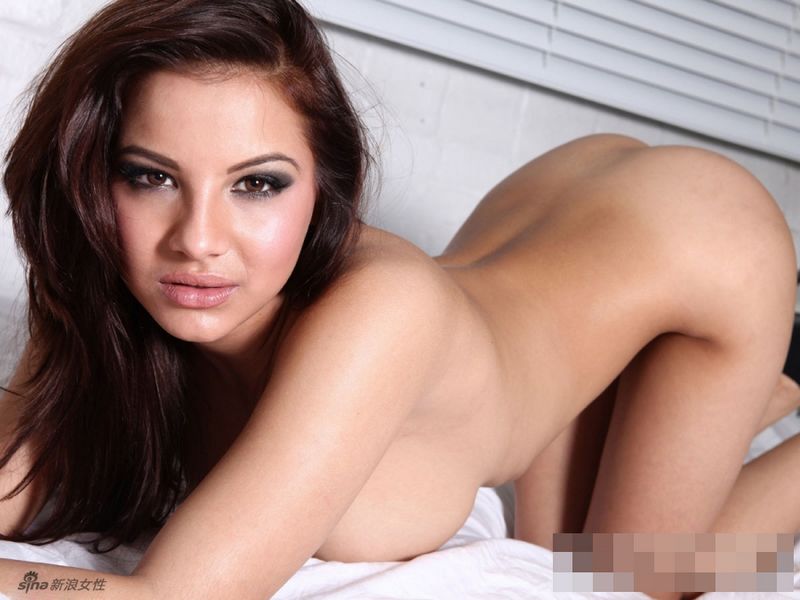