The chances of Game of Thrones' Sansa Stark getting out of King's Landing
may have just disappeared. But if she has to be "wedded and bedded"
by someone, better Tyrion than anyone else, especially since he is in
no rush to give Tywin more grandkids. Still, Sophie Turner found it
"really weird" to even pretend to get married; in real life, Turner is 17,
three years older than Sansa. Vulture rung up the actress the morning
after her character's long walk down the aisle,
and she weighed in on whether Sansa could learn to love Tyrion,
Peter Dinklage's amazing affinity for playing drunk,
and her rap sessions with King Joffrey. 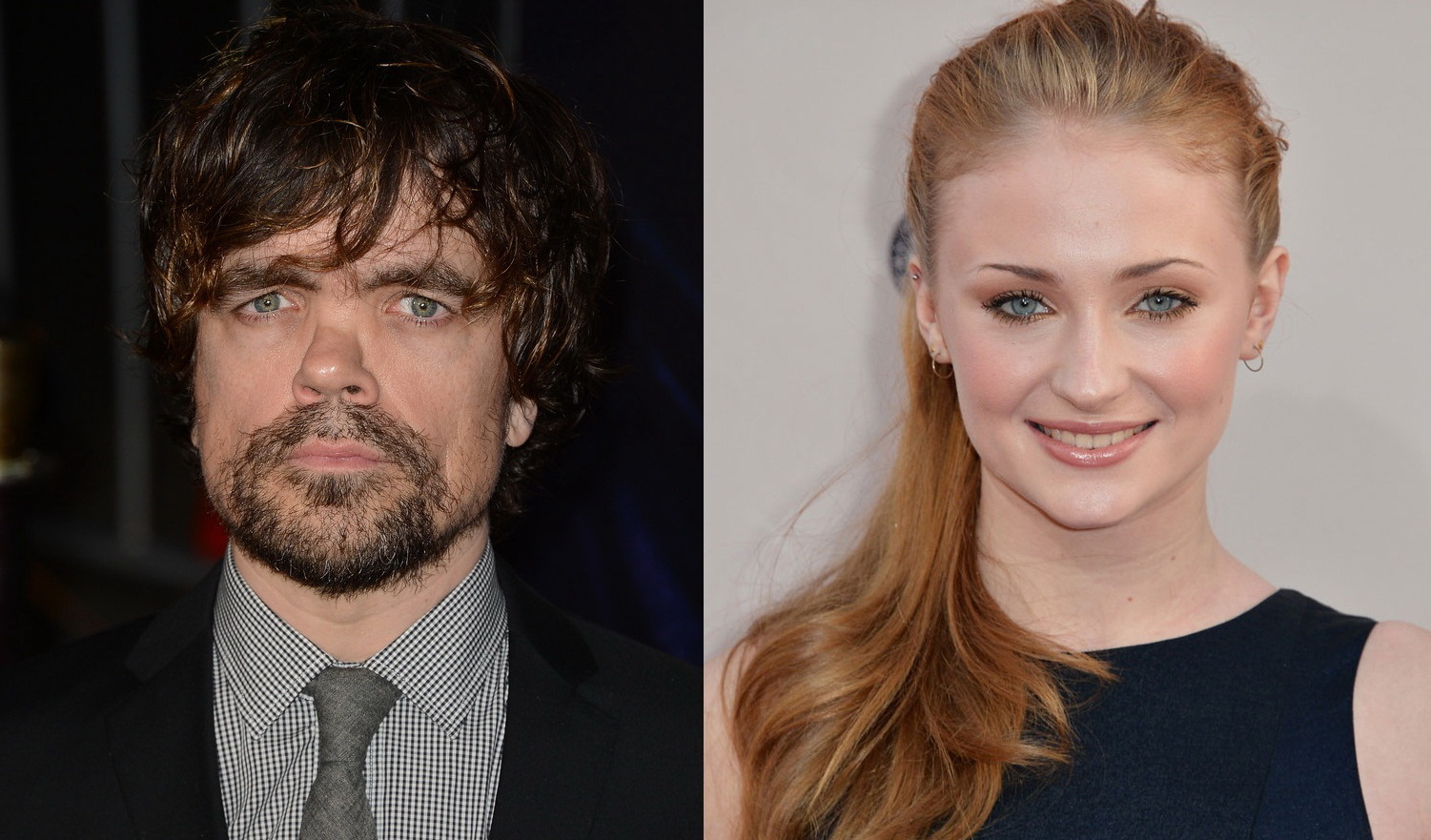 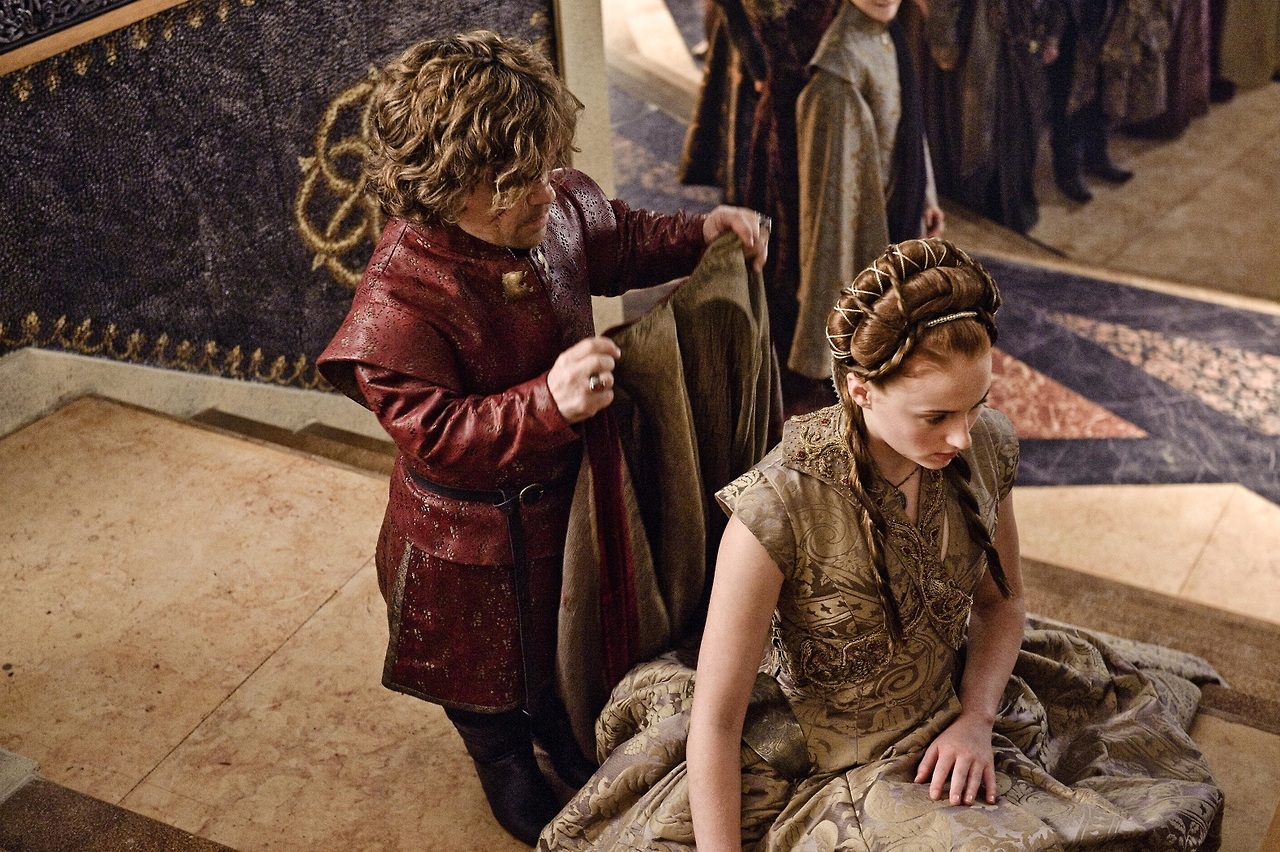 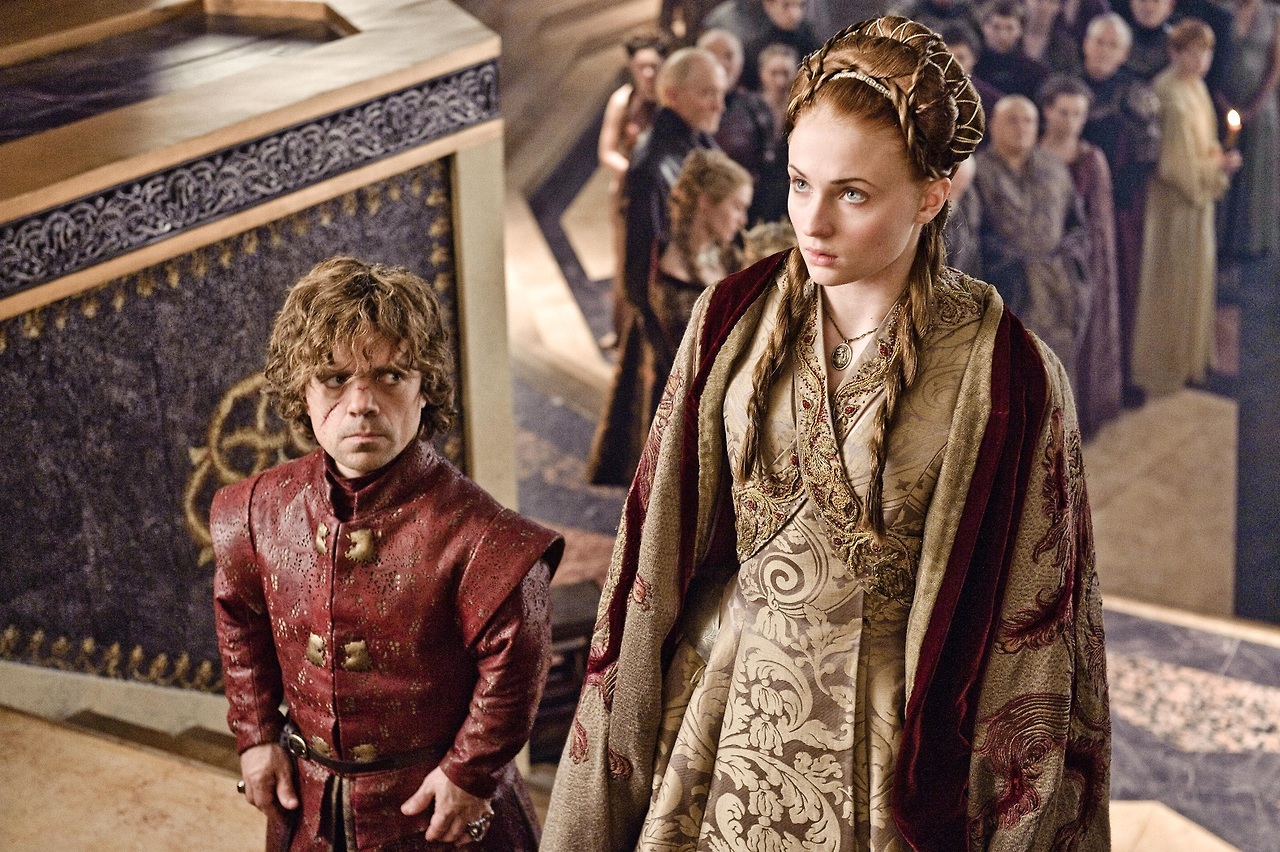 Drunk Tyrion! He's back!
Oh my God, it was so funny. We had such a good time with all of it. Peter did
something different every time. He's just a hilarious person to work with.

It brought back good memories of Peter Drunklage.
Ooooh, good old Peter. He's good at playing drunk, isn't he? He was doing all
this stuff to distract us and make us laugh, like falling over, when we were
filming. It was so hard to concentrate. I was trying to keep busy mushing up
the food on my plate, because it was kind of gross anyway. Then Conleth Hill,
who plays Varys, he kept trying to distract Peter and me when the cameras
were on us. Have you heard of Facejacker?

No.
It's this British show where this guy dresses in characters and interacts
with real people. He has this one character, Brian Badonde, who goes, "Baaa!"
all the time, and Conleth just kept doing that during the whole scene. Total
professional. He's the hardest person to work with and keep a straight face.


Why was the food gross?
We shot the feast over two days and I think the food was the same from the
first day, and so on set there were a lot of flies. It was actually really
nice to snack on the bread and berries on the first day. The second day it
was kinda rank. And then there's the wine, which is grape juice. Everyone
hates it. Peter has to drink it all the time. It's nice for one or two
scenes, but Peter is constantly downing that stuff because Tyrion does. So
he's always like, "Can we get a break from the grape juice? Please?" 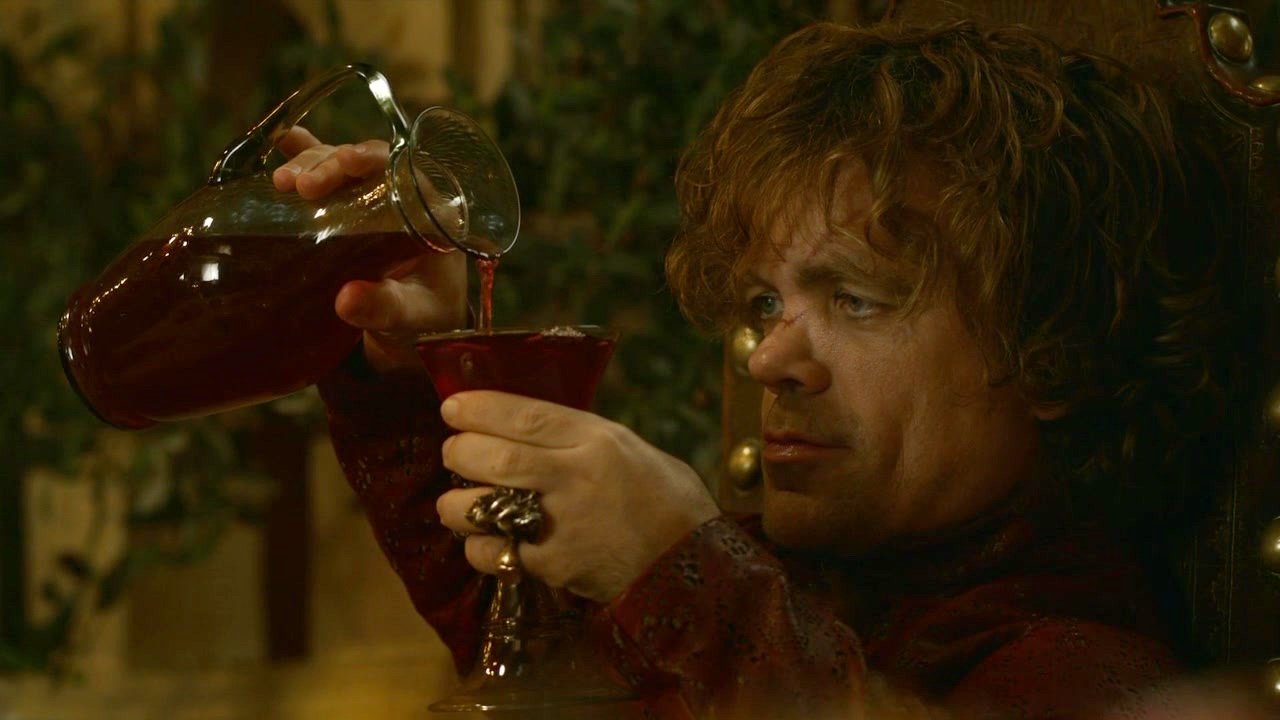 I thought Sansa's wedding gown was kind of matronly.
She doesn't get to dress like Margaery. What did you think of it?
Well, it's certainly the most elaborate dress she's worn. If you could see
the embroidery up close, it was beautiful, and I thought it was really well
styled. The way she didn't have any sleeves and the way the collar wrapped
around her made her seem even more vulnerable. It turned out really cool!
The collar even had a little lion on it! It's a shame you guys couldn't see all
the detail because it was really clever. 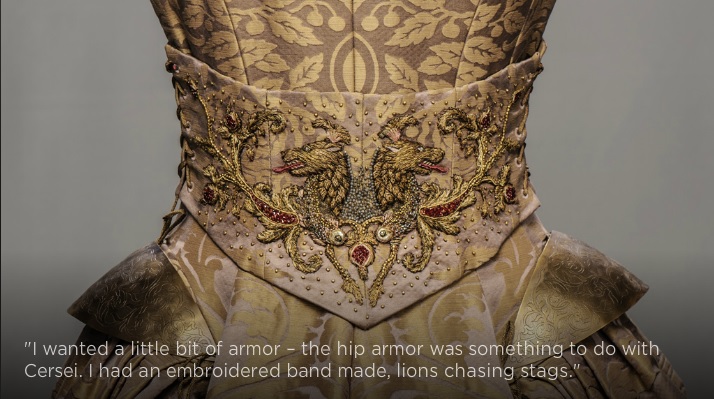 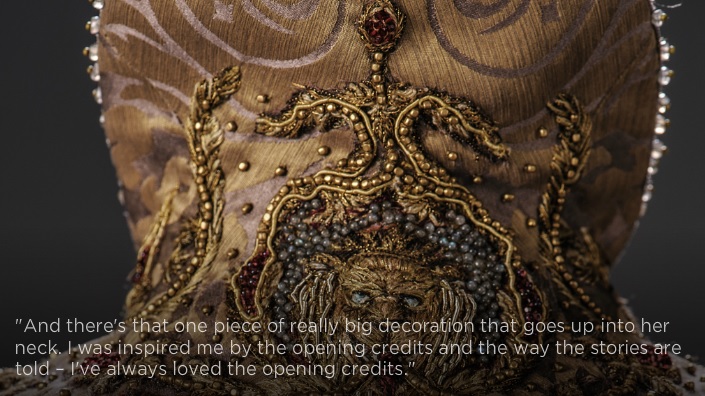 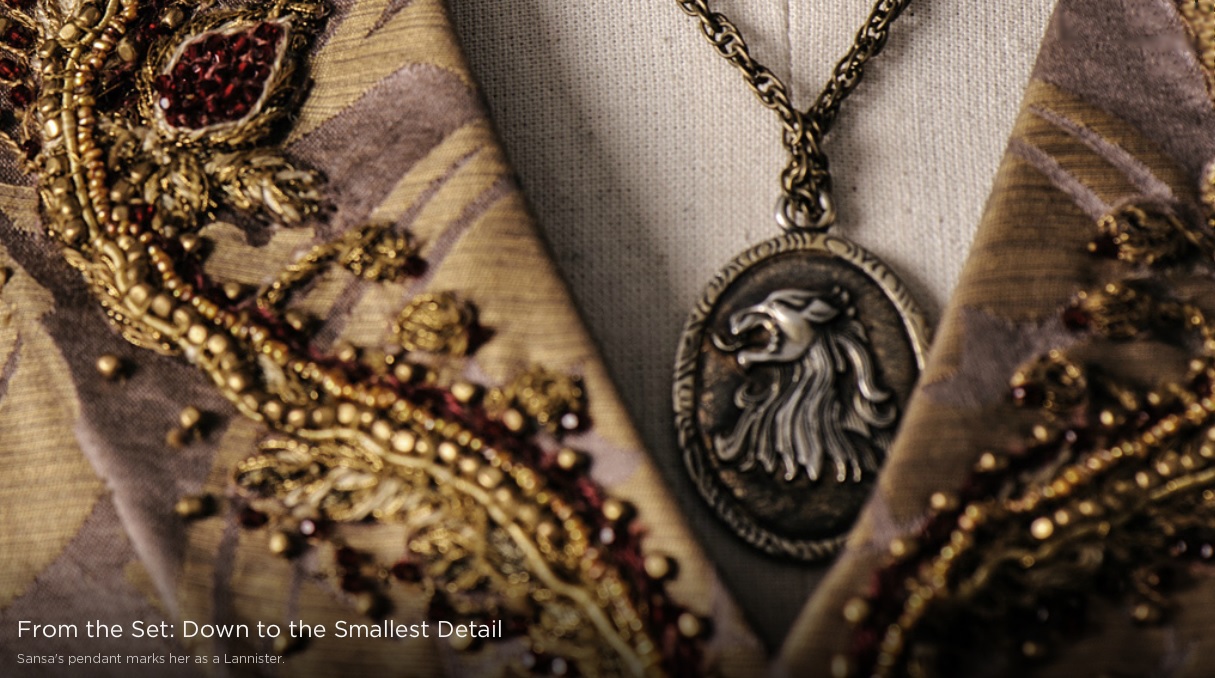 How did it feel to pretend to get married?
It was so weird [laughs]. Really weird. I got a card from HBO saying,
"Congratulations on your fake wedding day!" The walking took a whole day to
shoot, a whole ten hours just walking down the aisle.

Why?
I think it was just that we had so many shots and I kept tripping up in that
dress. I can't even tell you how many times I tripped up the stairs. It was
so embarrassing. I wear heels with all my costumes as well, and this dress
was super long, super heavy. I kept falling. 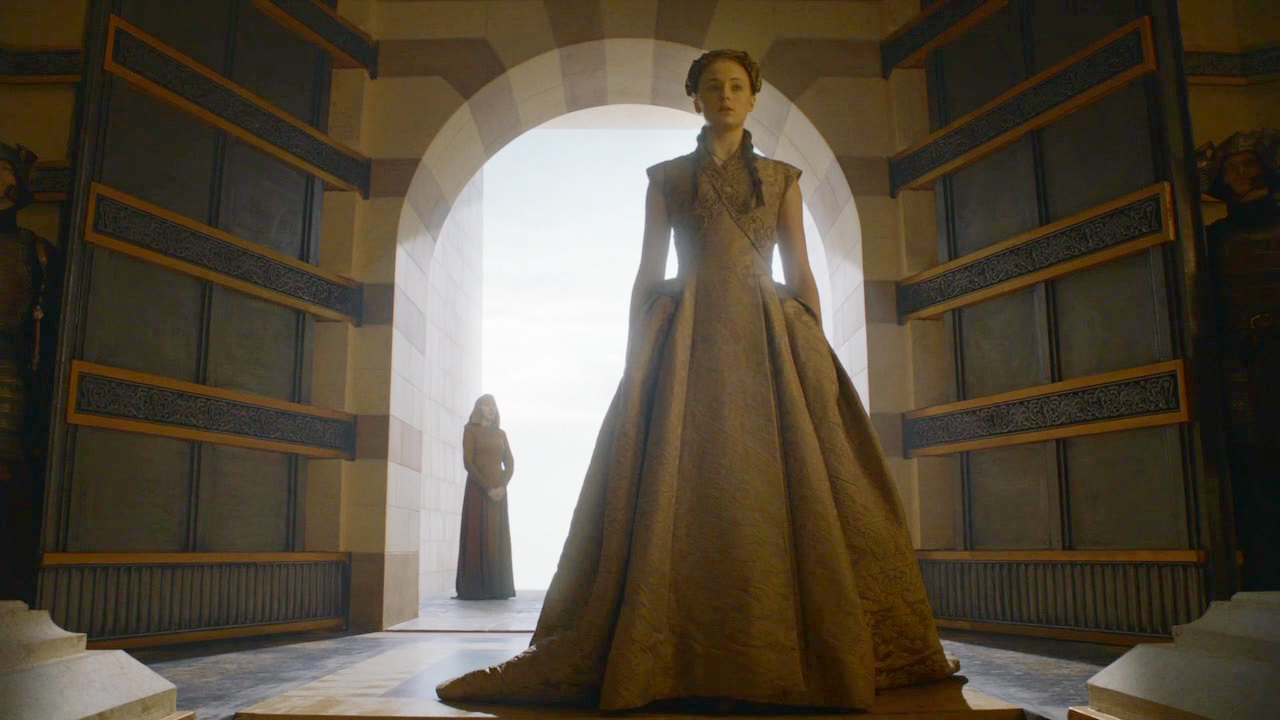 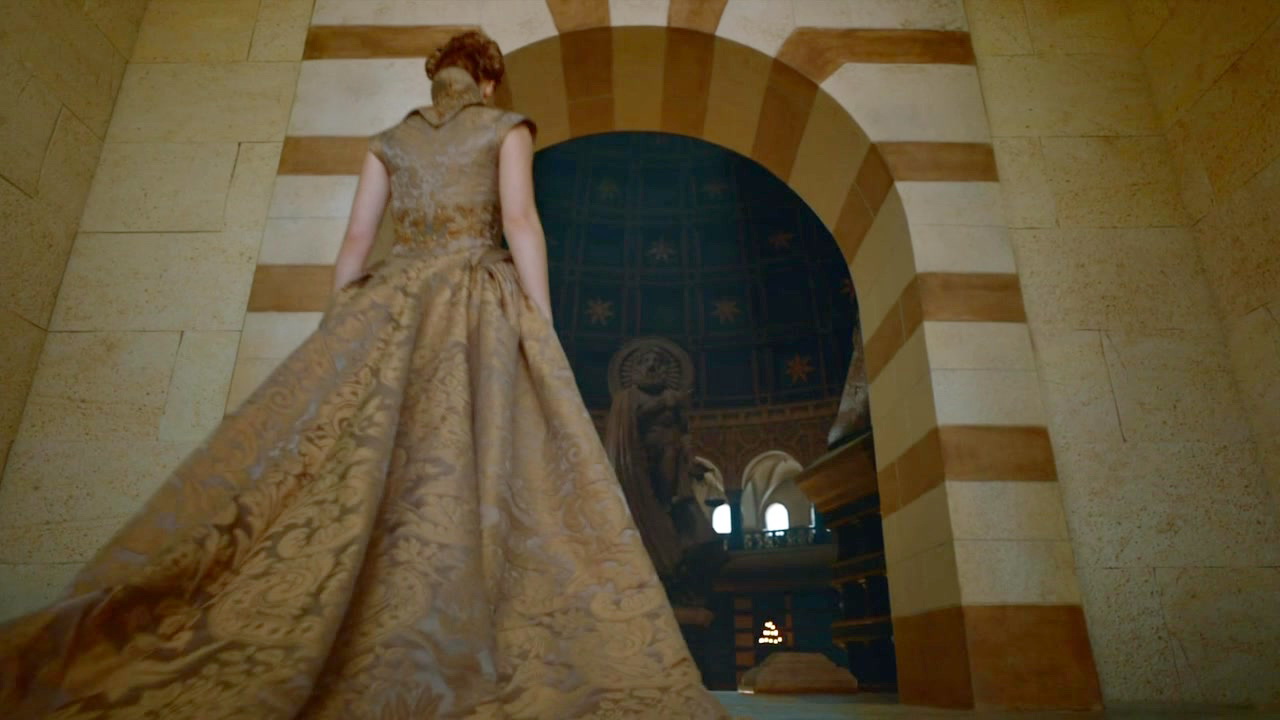 You read the books, so you knew this day was coming for her, right?
Yeah. It's one of the big changes in Sansa's story line. I'd always
anticipated it and was really looking forward to it.

Did you and Peter discuss how to play things beforehand at all?
We didn't really do anything special to prepare because all three scenes —
the wedding, the feast, and the night after — are supposed to be really
awkward. I consider Peter a very good friend, but I don't think they needed
any discussion because too much of that would have taken away from the
awkwardness of the situation. 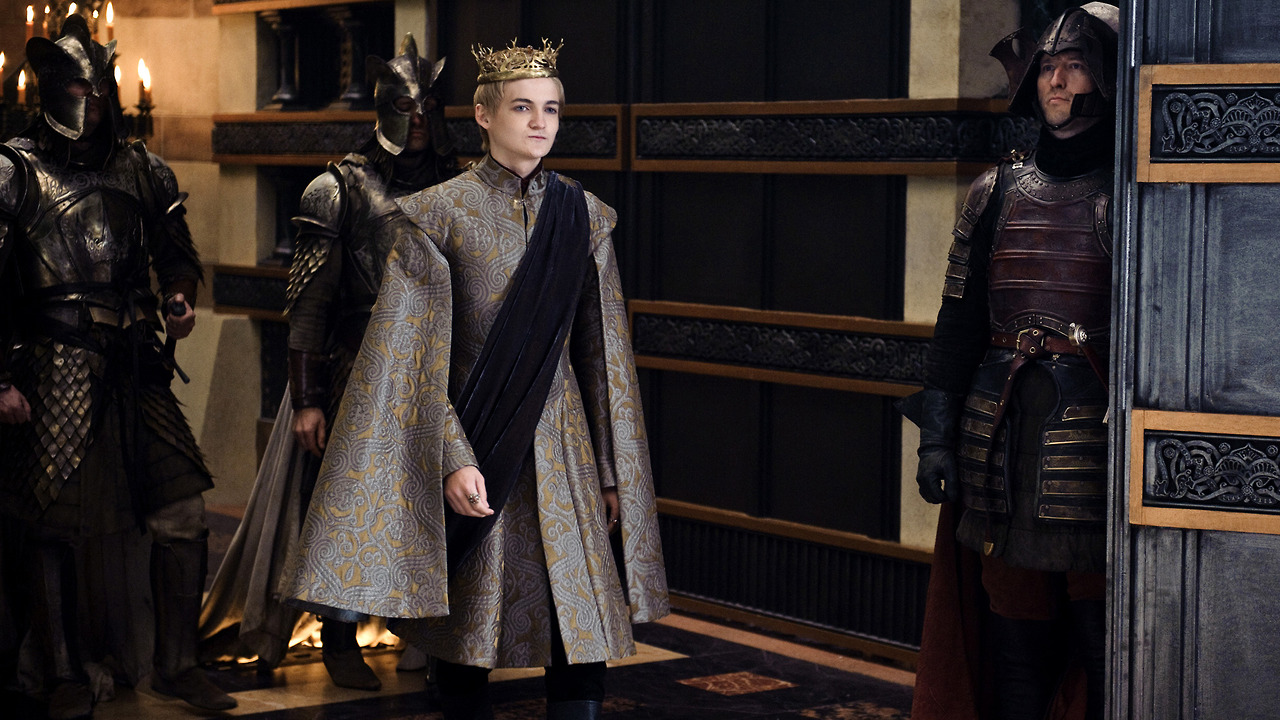 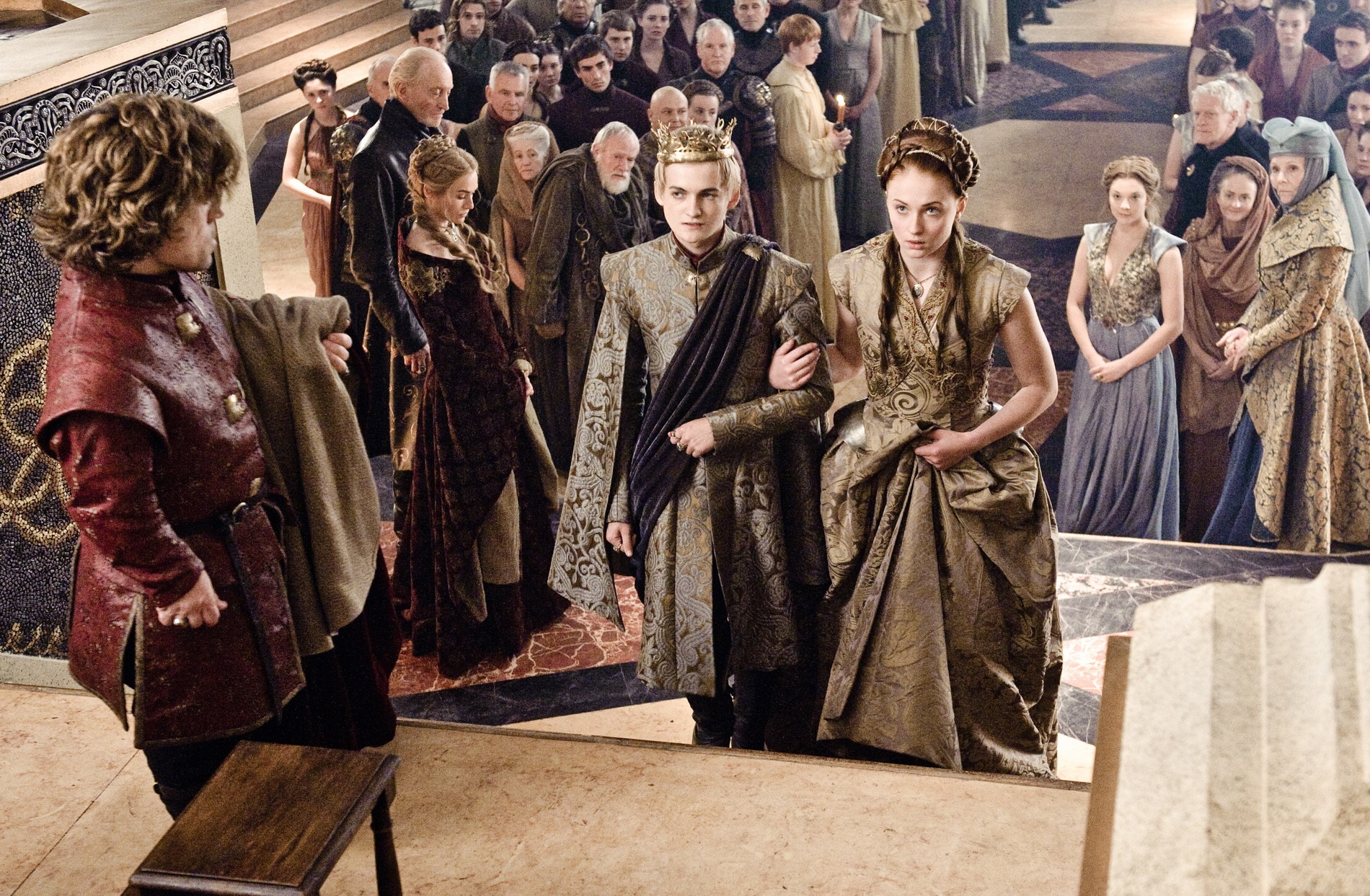 Meanwhile, Joffrey was being the worst. But all the actors love
to say that the actor, Jack Gleeson, is the nicest person alive.
Always "the nicest."

It's because he's the most polite, lovely, intelligent person in the whole
cast! He's just so humble and everyone loves him. There's nothing anyone can
say bad about Jack. He literally just turns it on. As soon as they go,
"Action!" he goes from lovely Jack to the most sadistic, horrible creep on
television. Between takes, we have lovely conversations. And that day,
because the walking down the aisle took so long, we had to make our own
entertainment and so we rapped a lot.

You rapped?
We rap a lot on set. It's really bad rapping, obviously, but we try our best.
It's our own raps, too. I should say he's the one that does all the rapping,
I just give him the beat. It's more of my attempt at beat boxing. I just feel
so sorry for the crew who have headphones on because they're all ready to
listen to us doing our scenes and then for fifteen minutes all they can hear
is Jack and I giving it our all. Jack was rapping about Winnie the Pooh and
all the money he has — "Monies and Honeys." Someone should have recorded it
for the DVD extras. 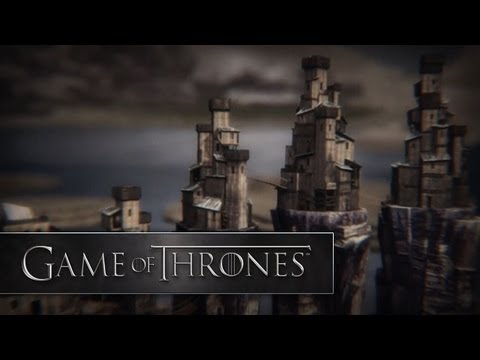 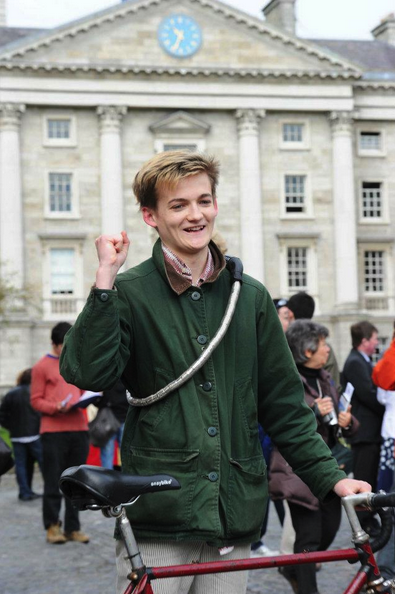 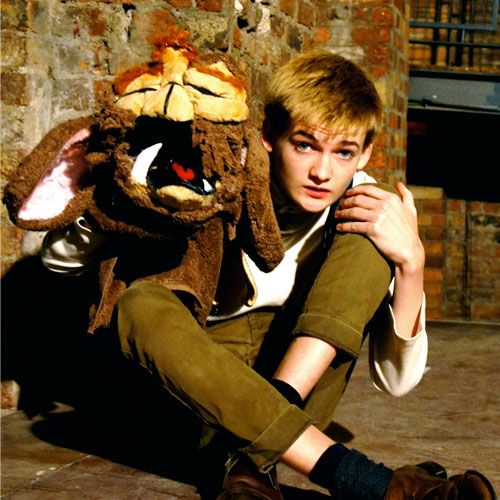 Now that Sansa's married to Tyrion, who's been so kind to her, will things
get better for her?
Well, it basically means that she is kind of trapped in King's Landing with
absolutely no means of escape [laughs]. She's denied her only route out. So
she's pretty stuck at the moment. It means she has more responsibilities,
more duties. It's never a good time for her.

Could she learn to love Tyrion?
That's a good question. In the future, maybe, but I think it would be this
kind of false love. She definitely has trust issues, so someone who's even
remotely close to her, she really clings to. I think that if she and Tyrion
became good friends, she'd probably wind up convincing herself she was in
love with him.


What about Littlefinger? He seemed pretty intent on helping Sansa in the
beginning of the season. His plans got derailed, but could he reenter the
picture?
We'll see. For now, we saw him sail away on his ship. Far away. Too far. It
wouldn't be impossible for him to come back.

Sansa spends a lot of time sadly looking at ships.
A lot of time. She's always dreaming of those ships, being on one. I'm
actually looking at nothing of course. Water. I'm looking emotionally at
water.


Besides the feast scene, what else have you enjoyed getting to do
this season?
I really don't know why, but when Sansa's crying with Shay at the end of
episode six. That might be my favorite, probably because it was the first
time I felt like I was a real actress. I really didn't enjoy filming it
because I was getting really emotional, and I just kind of bawled after we
finished. I remember going into the pilot saying to my mom, "I'm going to
have to learn to cry." I did not expect I was going to have to cry so much.

Has working up tears gotten any easier?
Well, it's always been quite easy for me because it was the way I would get
out of school when I was younger. I've gotten faster, but it's just kind of
a skill that I've had since I was very little. 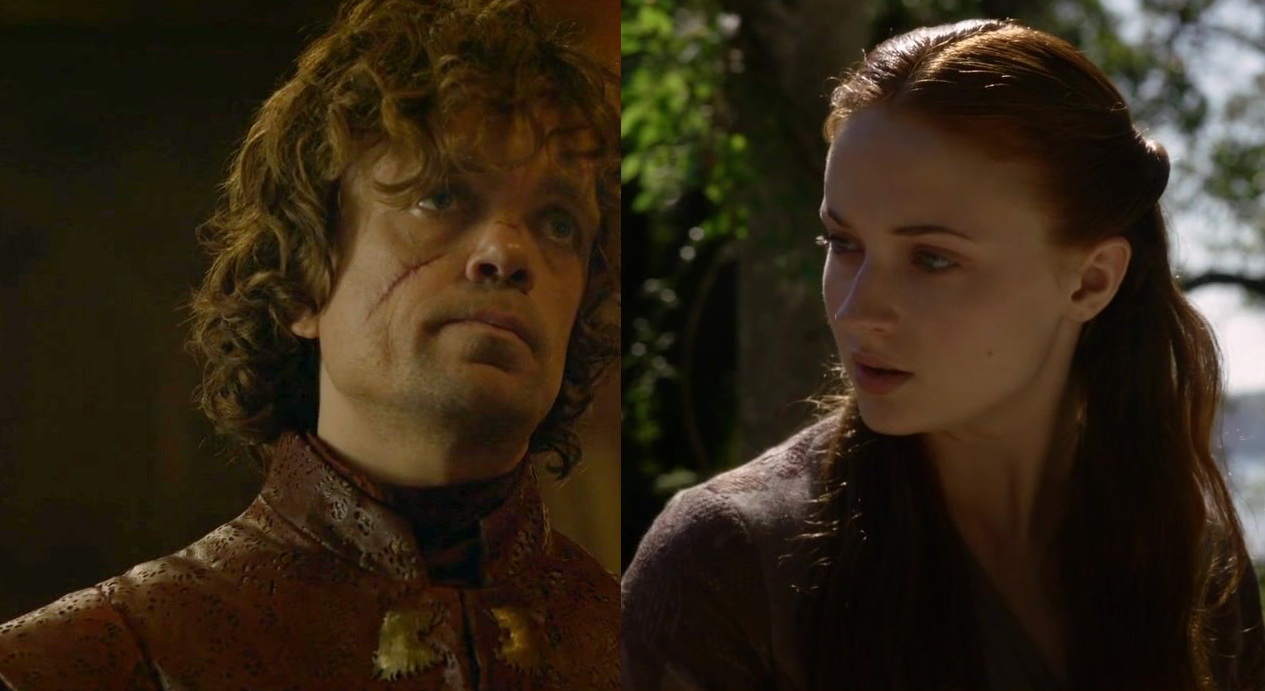 I got a card from HBO saying, 'Congratulations on your fake wedding day!' ...